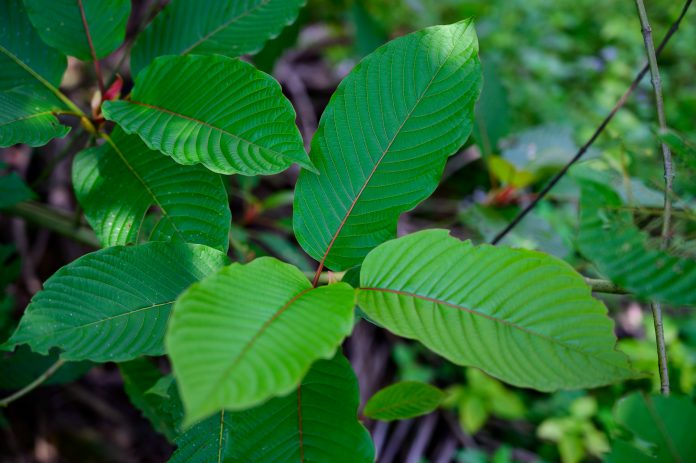 Mitragyna speciosa (commonly known as kratom) is a tropical evergreen tree in the coffee family native to Southeast Asia. It is indigenous to Thailand, Indonesia, Malaysia, Myanmar, and Papua New Guinea, where it has been used in herbal medicine since at least the nineteenth century. Kratom has opioid properties and some stimulant-like effects.

As of 2018[update], the efficacy and safety of kratom are unclear, and the drug was unapproved as a therapeutic agent due to the poor quality of the research. In 2019, the United States Food and Drug Administration (FDA) stated that there is no evidence that kratom is safe or effective for treating any condition. Some people take it for managing chronic pain, for treating opioid withdrawal symptoms, or for recreational purposes. The onset of effects typically begins within five to ten minutes and lasts for two to five hours.

Common minor side effects include appetite loss, erectile dysfunction, hair loss and constipation. More severe side effects may include respiratory depression (decreased breathing), seizure, addiction, and psychosis. Other side effects may include high heart rate and blood pressure, trouble sleeping, and, rarely, liver toxicity. When use is stopped, withdrawal symptoms may occur. Deaths have occurred with kratom both by itself and mixed with other substances. Serious toxicity is relatively rare and generally appears at high doses or when kratom is used with other substances.

Kratom is a controlled substance in 16 countries and, in 2014, the FDA banned importing and manufacturing of kratom as a dietary supplement. As of 2018[update], there is growing international concern about a possible threat to public health from kratom use. In some jurisdictions, its sale and importation have been restricted, and several public health authorities have raised alerts.