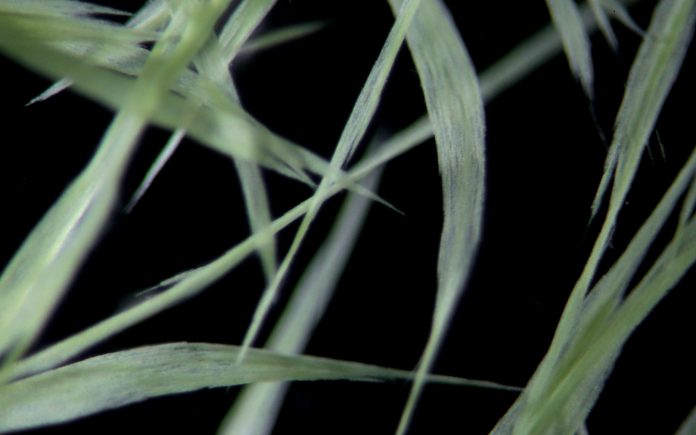 Light microscope view of cyanobacteria from a microbial mat

Cyanobacteria /saɪˌænoʊbækˈtɪəriə/, also known as Cyanophyta, are a phylum of Gram-negative bacteria that obtain energy via photosynthesis. The name cyanobacteria comes from their color (Greek: κυανός, romanized: kyanós, lit. 'blue'), giving them their other name, "blue-green algae", though modern botanists restrict the term algae to eukaryotes and do not apply it to cyanobacteria, which are prokaryotes. They appear to have originated in freshwater or a terrestrial environment. Sericytochromatia, the proposed name of the paraphyletic and most basal group is the ancestors of both the non-photosynthetic group Melainabacteria and the photosynthetic cayanobacteria, also called Oxyphotobacteria.

Unlike heterotrophic prokaryotes, cyanobacteria have internal membranes. These are flattened sacs called thylakoids where photosynthesis is performed.

Phototrophic eukaryotes such as green plants perform photosynthesis in plastids that are thought to have their ancestry in cyanobacteria, acquired long ago via a process called endosymbiosis. These endosymbiotic cyanobacteria in eukaryotes then evolved and differentiated into specialized organelles such as chloroplasts, etioplasts and leucoplasts.

By producing and releasing oxygen as a byproduct of photosynthesis, cyanobacteria are thought to have converted the early oxygen-poor, reducing atmosphere into an oxidizing one, causing the Great Oxygenation Event and the "rusting of the Earth", which dramatically changed the composition of the Earth's life forms and led to the near-extinction of anaerobic organisms.

Cyanobacteria produce a range of toxins known as cyanotoxins that can pose a danger to humans and animals.

The cyanobacteria Synechocystis and Cyanothece are important model organisms with potential applications in biotechnology for bioethanol production, food colorings, as a source of human and animal food, dietary supplements and raw materials.