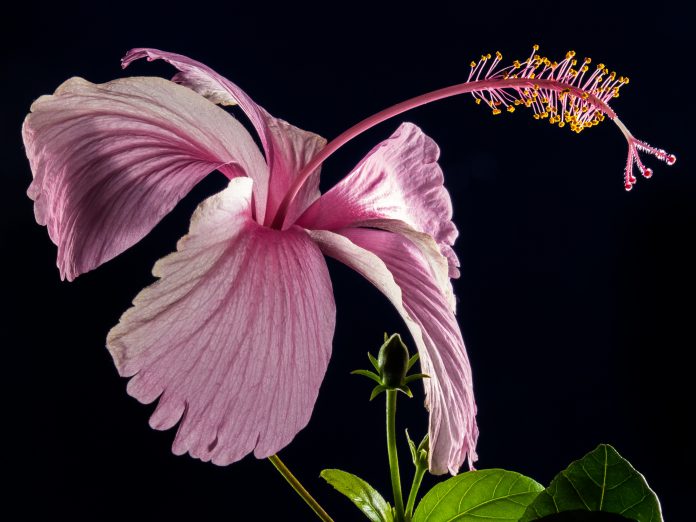 The marshmallow is not only a beautiful ornament for every garden, but since ancient times marshmallow has been one of the most highly valued medicinal plants. Its most important ingredient is mucilage, which occurs in large quantities. For this reason, marshmallow should not be boiled, but only used as a cold extract to preserve the powers of the mucilage.

The marshmallow is native to southern Europe, but in central Europe it is often cultivated in gardens. The perennial plant grows up to 2 metres high.

In spring, the root initially shoots roundish leaves near the ground. Only later does the stem grow between one and two metres high. The leaves that grow on the stems are three-lobed and have velvety hairs.

The flowers appear between June and the end of August and sprout in large numbers in the leaf axils. The five medium-sized petals are light pink. The united stamens and pistils are more intense in colour and approximately red-violet. The flowers develop into fruits, similar to the mallow, with which the marshmallow is related.

The most important characteristic of marshmallow is its richness in mucilage, especially in the root. Therefore it can be used wherever an enveloping, protective effect is desired. The marshmallow helps primarily against respiratory diseases, inflammation and irritation of the digestive organs.

Internal use
It can be used for rinsing and gargling against inflammation in the mouth.

External use
Marshmallow tea can also be used externally in the form of washes, baths or compresses. It helps against light burns, cracked skin and damp eczema. Boils and even carbuncles are softened by marshmallow-breium strokes. To do this, rub the roots finely and mix them with honey. This porridge is spread on a small cloth and placed on the area to be treated. Replace with a new compress every two to three hours.

The marshmallow is also suitable for use in the kitchen. In the past, marshmallows were prepared from the stems, leaves and root. The cooked root is nutritious but bland. In times of need, the marshmallow root used to be boiled. Leaves and flowers can be used to make salad. Althaea officinalis, or marsh-mallow, is a perennial species indigenous to Europe, Western Asia, and North Africa, which is used in herbalism and as an ornamental plant. A confection made from the root since ancient Egyptian times evolved into today's marshmallow treat, but most modern marshmallow treats no longer contain any marsh-mallow root.