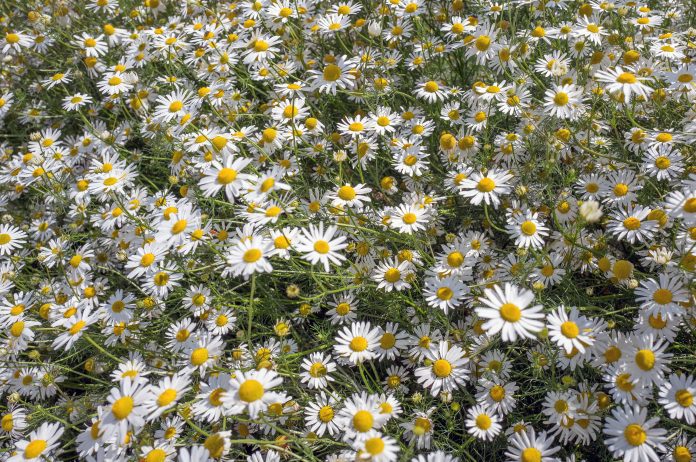 Anthemis cotula, also known as stinking chamomile, is a flowering annual plant with a noticeable and strong odor. The odor is often considered unpleasant, and it is from this that it gains the common epithet "stinking". In pre-colonial times, its distribution was limited to the Old Continent and Africa; though it was established in most of Europe, it was not present in Finland, Ireland, or the northernmost reaches of Scotland, in spite of the fact that these countries feature climatic regions favorable to this plant and are in proximity to countries where the species is native, such as Russia, Estonia, Lithuania and England. It has successfully migrated to the New Europes where it can be found growing in meadows, alongside roads, and in fields.

The name "cotula" is from a Greek word for "small cup", describing the shape of the flowers; it was assigned by Carl Linnaeus in his work Species Plantarum in 1753.